√ How to Have a Productive Day And Happy - Kang Yusuf

How to Have a Productive Day And Happy 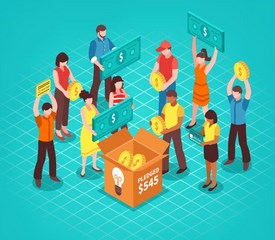 How to Have a Productive Day And Happy. A survey conducted by Flexjobs found that only 7% of the responders feel the most productive in the office during regular business hours. This is astonishing because out of the 5,500+ people that responded to this survey, only around 385 of those people felt most productive at work.

That’s most of the workforce being unproductive at work. The question remains, how can you be more productive? And how can you approach a task the right way as to not waste time but rather work efficiently?

In this article, I’m going to talk about how understanding the type and complexity of your task will help you increase your productivity levels.

The science behind it


In 1908, psychologists Yerkes and Dodson discovered that if you mildly electric shocks rats, they’ll be motivated to finish a maze. Animal testing aside, this groundbreaking study unearthed two things.

I’m talking about arousal in the context of psychology, as in the state of being alert and responsive.

Basically what happened in their experiment, is the shock increased the rat's arousal level to an optimal arousal level. This motivated the rats to finish the maze. If we want to be the most productive and perform tasks with the most focus and motivation, like the rats — then we need to be mildly electric shocked.


We need to be performing at an optimal arousal level. Optimal arousal=the most productive you’ll ever be. According to the Yerkes Dodson law, task performance suffers if arousal levels are too high or too low.

They created an inverted-U curve like this, to illustrate the relationship. See that hump at the top of the inverted-U curve? That’s the state where people perform their best at a task. Working at this peak increases energy, focus, and motivation.

You may or may not remember the reticular activating system (RAS) from high school physiology. I didn’t think so. Well, that’s the part of the brain that controls arousal.

As the RAS activates, levels of the neurotransmitter, norepinephrine increase. Turns out, the release of this neurotransmitter increases your arousal levels, making you more alert.

Imagine you are camping by yourself and it is night time. You are woken up by the sound of an animal outside your tent. For some, this may be a cause to start worrying. As the levels of norepinephrine increase, your arousal levels begin to increase as well — making you stressed and possibly afraid.

Not all tasks were created equal


So, how do you get to that state of optimal performance where you’re the most productive you’ll ever be? The optimal arousal level to complete a task depends on the type of task and difficulty of the task you are completing.


Difficult tasks require lower levels of arousal. Less stress and less anxiety is ideal when doing something unfamiliar or complicated.

For example: Let’s say you have to write a 5,000-word article by the end of the week. A task like this requires some intellect and skill. Being in a calmer state when sitting down to write, will help you be more successful with the task.

According to the Yerkes Dodson law, if you’re too stressed or have excessive arousal, that will limit your task performance. Perform your best at complicated or unfamiliar tasks

Since it’s important to be less stressed to stay in the for unfamiliar or complicated tasks, try doing calming activities before you sit down for that task. Here are some ways to put myself at an optimal performance level when I know I have a difficult or unfamiliar task at hand.

Performing some of these activities helps calm my mind. That way, when completing the task I have focus, direction and am not easily distracted.
Simple and/or familiar tasks
Source: Ouch!

When completing a simple or familiar task, performance will increase as arousal levels increase. All that means is that you need to have a higher level of alertness to perform your best at this type of task. Same with tasks that are more familiar to you.

For example: Imagine you’re a long-distance runner. Performing a task like this is relatively simple and doesn’t require too much intellect to complete; however, it will require more stamina and focused attention.

That’s why it’s common for gym-goers to consume drinks, supplements, or foods that have caffeine content. Caffeine increases alertness, giving gym-goes energy and stamina to have a great workout.

However, too much caffeine might have the effect of making someone feel jittery and/or anxious. While if you’re too tired or bored you might not get the best workout either. That’s why it’s important to stay at the optimal performance level.

Perform your best at simple tasks or familiar tasks

A cup of green tea or coffee. Have a healthy snack, that will get my brain moving or even chew some gum for a little sugar push.

Have you felt unmotivated or unfocused when trying to complete a task? Is feeling over-stressed or anxious all too familiar to you? Either way, it may be that you’re not approaching the task the right way in order to have optimal productivity levels.

Before starting a task, think about the type of task it is and its level of complexity. Is it something you’ve never done before or is it more familiar to you? Is it simple or more complex? Try tailoring your mindset and activities to fit the optimal level of alertness required for that activity.

Thank you very much have reading our articles about How to Have a Productive Day And Happy. Happy good days :-D