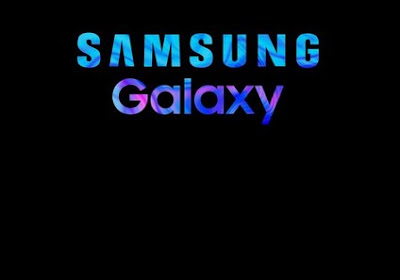 Samsung sent shockwaves through the tech world earlier this year with the unveiling of its Galaxy Fold smartphone, but after pulling the foldable phone just before release to fix problems with its screen, the “fixed” phone is bringing further embarrassment.

The Korean tech giant started handing out devices to reviewers shortly before a planned release in April but took them all back after a number of phones started quickly displaying faults that rendered them essentially useless.

Many of the issues are believed to have been caused by the removal of a plastic film that’s designed to protect against damage. Making this film harder to remove was one of the changes made by Samsung ahead of the re-release.

The Galaxy Fold was unveiled in February.


Others included closing gaps that allowed dust and debris to get in and wreak havoc and strengthening the phone’s folding hinge. The overhauled Fold won’t be coming to Australia but was released in Korea on September 6 and is set to go on sale in the US today at a wallet-clenching $US1980 ($A2930).

But the overhaul doesn’t appear to have fixed all of the problems. After just one day with the new Fold, TechCrunch hardware editor Brian Heater reported the screen had already showed signs of damage.

“I opened it up and spotted something new nestled between the lock screen’s flapping butterfly wings. Samsung has unveiled five new flagship smartphones, including the reveal of a new foldable phone called the Galaxy Fold.

“There was a brightly coloured, amorphous blob,” Mr Heater said.

Samsung has since taken the phone back to try to figure out what went wrong.

Mr Heater suspected the problem was caused by using too much pressure to close the phone after Samsung issued warnings to users to make sure they were gentle with it.

While smartphones are quite literally made of glass, the Galaxy Fold does seem particularly fragile.

Mr Heater’s Fold device came with “ample” paperwork from Samsung that warned against using excessive pressure, placing objects like keys on the screen before folding, exposing the phone to water or dust or keeping it near devices like credit cards or pacemakers.

The company even warned against adding a screen protector, but if you do (for some reason, somehow) get your hands on the Fold, you’ll probably need one. Earlier this week, YouTuber JerryRigEverything, who conducts extreme durability tests on phones, demonstrated the Fold’s screen being scratched by something as simple as a fingernail.

While the release of the first Galaxy Fold has been hit by many setbacks, Samsung appears to be committed to the foldable category, with rumours circulating the company is already working to get a new folding device out after patents surfaced for more designs.

A rule of thumb for a lot of technology is to avoid getting the first version of anything, but that seems to apply doubly to the Galaxy Fold, a second version of which appears to still be suffering from similar problems as the first. Samsung’s folding phone repeats embarrassing fail.