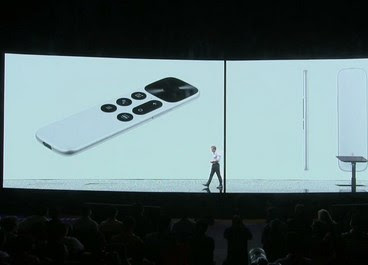 OnePlus TV, OnePlus 7T launched in India: Check pricing, launch event highlights. Chinese smartphone maker OnePlus debuted new devices today at a 'Special Event' in New Delhi. The Shenzhen, China-based company has launched the OnePlus TV and OnePlus 7T in India. The OnePlus TV will be exclusively available in the Indian markets for a few weeks, or even months, before making its way abroad. Here are the highlights of the event:

— We had a chance to unbox the OnePlus 7T. Here's how it looks:

All products launched today will be available starting 29 September on Amazon.

Allows streaming games and throwing music content via Bluetooth from your phone to the TV. It also comes with Android TV 9. You can use Alexa voice assistant to turn your TV on. It can be controlled with either the bundled remote or via your smartphone. The mobile application lets you navigate through the TV using a trackpad and take screenshots from the TV to your smartphone.

We have seen this before—metal unibody TV, minimal buttons, no numbers.

— OnePlus TV: Swivel-stand design (deck) and the back

OnePlus comes with a carbon-fiber reinforced back panel. The ports are neatly hidden behind a magnetic backplate shroud, which also has room to accommodate cables. The swivel stand is called the deck and is made out metal (OnePlus didn't mention which one).

OnePlus has a customised display panel, a custom chip (gamma magic chip) and has worked with Dolby to tweak display and audio tech.

OnePlus TV's soundbar comes with eight speakers, six front facing, two backward facing. The backward facing speakers have a power output of 20W and produce 60Hz low frequency sound. The speakers on the front are accompanied by two tweeters. The total output of OnePlus TV speakers is 50W. Oh, and it slides out silently when it's turned on and retracts inside when its turned off.

Amazon Prime, Netflix, Voot, Sun NXT, Eros Now and YuppFlix are some of the media consumption platforms that would available on the OnePlus TV.

It comes with noise reduction, dolby vision, colour enhancement and screen brightening algorithms, MEMC and de-contour functionalities. It has a screen to body ratio of 95%.

OnePlus TV has a DCI-P3 Gamut score of 96% and 120% NTSC Gamut. It beats Samsung and LG and provides higher saturation and vividness, claims OnePlus. It will come in handy for gamers because of this, says OnePlus.

Expect the price of the OnePlus 7T to come out any moment now.

Kopec also unveiled a new payment platform, but just kept it at a cliffhanger without dropping any other details about it.

"OnePlus 7T will be the first phone in the world to come with Android 10 out-of-the-box," says Kopec. Not a Google Pixel, but a OnePlus. It will run the near-stock OxygenOS 10 with privacy and security upgrades and some other UI changes. These include a live cricket scores on the minus-1 screen. It also comes with work-life balance modes that automatically switches off work notifications when you're at home by using AI.

The new features will be available from OnePlus 6 and above devices.

Szymon Kopec, product manager - OnePlus, says the OnePlus 7T has Snapdragon 855+ SoC clocked at up to 2.96GHz. It also comes with UFS3.0 fast storage, although he hasn't mentioned storage specifications so far. The smartphone will also come with Warp Charge 30T that has rigger tweaked algorithms and battery construction to provide 23% faster charging times over the previous generation.

The OnePlus 7T comes with a 48MP primary, an ultra-wide 117-degree ultra-wide camera and a 2x telephoto camera (51mm equivalent). OnePlus hasn't mentioned the megapixel count of the other two sensors. It also has a macro motor to let users shoot macro photos just 2.5 cm away from a subject. OnePlus has also extended the nightscape low light photography mode to the ultra-wide angle lens.

We are now onto the camera. The camera will come with some stabilisation trickery. OnePlus says the OP7's camera has ultra-precise gyroscope and electronic image stabilisation.

The display will be HDR10+ compliant. It will also come with a reading mode that turns the entire UI monochrome to make reading experience much easier at night.

Carl Pei said "from now on all the OnePlus smartphones will come with Fluid AMOLED displays".

Carl Pei has taken the stage and taken the wraps off the OnePlus 7T!

On an unrelated note, OnePlus will also be hosting a music festival in Mumbai on 15 November. The show will see performances from American singer Katy Perry and British pop sensation Dua Lipa. It will be Lipa's first live concert in India. The tickets for the concert went on sale on 17 September at ₹2,000. OnePlus users are being extended the facility of a 10% cashback through Insider or Paytm transaction.

The OnePlus TV will be the showstopper of the event. It will sport a unique design and will be powered by Android with OnePlus' custom UI running atop. The OnePlus TV is confirmed to sport a 55-inch 4K QLED display with support for Dolby Vision accompanied by eight speakers with a combined output of 50W.

The company recently teased a new feature that lowers the volume of the TV when a user receives a call. This seems to be exclusive OnePlus smartphone users for now. OnePlus TV, OnePlus 7T launched in India: Check pricing, launch event highlights.

The TV is also expected to ship with a Bluetooth remote that sports a unique metal unibody construction and comes with no alpha-numeric keypad.

— What about the OnePlus 7T Pro?

Although it is highly likely that the OnePlus 7T Pro will be today, it may also be pushed to a later date. Some media reports suggest that the smartphone might make its debut on 10 October in London.

The smartphone will have minor updates over the OnePlus 7 Pro. It will come with a vertically mounted triple camera setup without a circular dial housing.

The rest of the specifications are expected to remain similar to the OnePlus 7 Pro, except the presence of the Snapdragon 855+ processor.

The OnePlus 7T is expected to ship with a 90Hz high refresh rate display with a resolution of 2,000x1,080. The smartphone will be powered by the Qualcomm Snapdragon 855+ chipset paired with up to 8GB of RAM and 128GB of internal storage.

At the back, the smartphone has been teased to come with triple cameras housed in a horizontal fashion within a circular dial. It will retain the 48MP sensor from the OnePlus 7, but will come with a wide angle 16MP camera along with a 12MP sensor.

It should pack a 3,800mAh battery with support for OnePlus' Warp Charge technology.

Unofficial renders of the OnePlus 7T were posted by Indian leakster Ishan Agarwal and German tracker WinFuture. They hint at a smaller dew drop notch at the top of the display and also a new colour variant that looks like a matte silver-black gradient.

OnePlus has already teased its upcoming products on its company forum as well as social media pages. At this point, the company has already given us the final look, more or less, of the OnePlus TV and the OnePlus 7T. OnePlus TV, OnePlus 7T launched in India: Check pricing, launch event highlights.