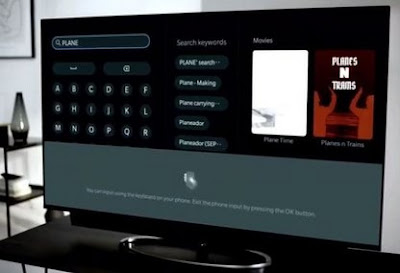 New Delhi: After securing top spot in India’s premium smartphone market, China’s OnePlus is now looking to bring an umbrella of Internet of Things (IoT) devices, starting with the launch of its smart TV which the company believes will be the heart of the smart home. OnePlus bets big on IoT with smart TV debut.

With the smart TV launch, the Chinese brand hopes to strengthen its premium-only brand proposition, while also taking the first step to becoming a lifestyle technology company for millennials.

“We see the TV becoming the hub of the smart home ecosystem. It is best positioned to be the command centre of all the devices... There will be lot of new devices that will come to make your home smart but you will still need a master control device which we believe TV can become," Vikas Agarwal, general manager, India, OnePlus, told Mint in an interview.

As part of its vision, the smartphone company has devised a four-pronged strategy for its product pipeline: smartphone to serve the user, smart TV for the home, mobility or travel experience, and workspace.

“We want to be present across these 4 dimensions... We will be looking at more smart devices to create the OnePlus IoT ecosystem. We see lot of brands getting into all kinds of consumer appliances. For us, the way we see our ecosystem, we see lifestyle and entertainment as the key focus. Any device that fits that space, we will want to be there. All multimedia devices will fit in this space," Agarwal said.

Last month, the company announced that it would invest ₹1,000 crore over the next three years for a research and development facility in Hyderabad to drive development of artificial intelligence and machine learning across its products to focus on building IoT products specifically for India.

India accounts for over a third of the company’s global sales revenue.

The 55-inch OnePlus TV is powered by Android TV for a seamless transition from the company’s flagship devices to the big screen. The user can control the 4K QLED TV with the smartphone and have handless voice activated command. The TV’s audio will auto adjust when you get a call on the phone. Content apps such as Netflix and Amazon Prime are inbuilt. It also boasts a slide-able audio bar which can slide down when the user is watching content and go back otherwise.

“People watch content on their phones these days as it is convenient and quicker but they haven’t got the same experience so far on the device that is meant for consuming content. We are trying to break this deadlock and bring those two experiences seamlessly together," Agarwal said.

The company is banking on the smart TV launch to replicate its success in the smartphone category.

OnePlus, which entered India five years ago through an invite-only strategy for selling mobile devices, captured its highest ever shipment share of 43% in the premium segment in April-June, Counterpoint Research said in a note dated 30 July. Samsung had a 22% share, while Apple was at 20%. OnePlus bets big on IoT with smart TV debut.