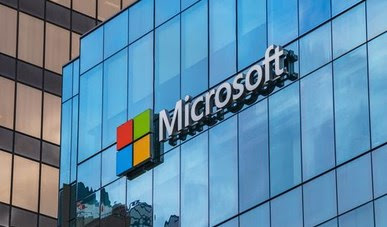 Nearly 400 Microsoft employees are sharing their salaries with each other to better determine whether they’re being fairly compensated. Microsoft's salary leak shows a struggle for greater compensation. The effort stems from a private Facebook group, Young Microsoft FTE, where full-time employees (FTEs) gather to discuss the company. The salaries are collected in a shared Google spreadsheet.

“Share your anonymous info so we can all get paid more together,” reads a header at the top of the form. The spreadsheet gives a detailed look at how compensation breaks down for some Microsoft employees. Data points include years of experience, years at Microsoft, percentage of merit-based raises, and base pay, as well as stock, and cash bonuses.

Some employees also noted special stock dispensations, indicative of a signing bonus or a milestone achievement. The spreadsheet did not note gender, a category that is often used as a rallying point for pay transparency. The nearly 400 employees who entered their salaries are also just a small subset of Microsoft’s total workforce of 144,000.

Pay transparency is an enduring issue in the technology sector. Jobs are promised to be lucrative, but there is little insight into how each company places value on an employee.

Internal salary sharing is an annual occurrence at Microsoft around this time of year, when many employees are notified of raises or promotions, a Microsoft employee tells OneZero.

OneZero was provided access to the Microsoft document by a former employee. A current employee who is also in the Young Microsoft FTEs group independently confirmed that the document was authentic.


Pay transparency is an enduring issue in the technology sector. Tech workers enter the field on promises of highly lucrative positions, but there is little insight into how each company places value on an employee. At most tech companies, seniority is supposedly ranked on a level scale. The higher the level, the more power the employee has, and the more they are paid.

The data from the Young Microsoft FTEs group is not indicative of every Microsoft employee. The typical employee who submitted data to the spreadsheet was a Level 62 software engineer based in Washington state. They’ve been at that level for one year and have been at Microsoft for three. They report five years of total experience, and did not get a promotion this year. Their base pay is $150,000. They got a $20,000 bonus in cash, and another $15,000 in stock.

The employee data also shows that level, rather than overall experience or time spent working at Microsoft, is the greatest indicator of compensation. While some Level 62 employees, who are one step below senior engineer, are paid more than those in a Level 65 principal engineer role, they are rare in the data.

As employees progress to higher levels, more of their compensation comes in the form of stock. At Level 66, Microsoft employees reported that nearly 40% of compensation was in the form of cash and stock bonuses. While cash bonuses stay relatively stable as a percentage of salary over the course of a Microsoft employee’s career, stock compensation can rise to nearly 20% of annual income at higher levels, according to the crowdsourced data.

Employees have also told OneZero that a fairly common tactic is to leave Microsoft to work at another Seattle company like Amazon, or even a startup, to then jump to a higher level when returning to Microsoft. While the data does not track Microsoft recidivism, there is a trend of people with lower Microsoft experience having skipped into higher-level roles.

While few data points about Microsoft engineers working in India were available, the crowdsourced data revealed they are paid far less than their Washingtonian counterparts. The typical Indian coder who filled out the spreadsheet makes less than $50,000 per year, while Americans with similar experience make $150,000 per year with up to 10 times as much compensation in bonuses.

These discrepancies make it unclear whether the level system is equal across the entire company, or whether levels actually fluctuate based on location.

“Most people don’t even realize what the leveling scheme is at other companies or where they should fit, and [levels have] a huge impact on salaries,” says Zaheer Mohiuddin, co-founder of Levels.fyi, a tool sponsored by recruiting platform Triplebyte that collects salary information across the tech industry.

Levels.fyi has crowdsourced more than 13,000 tech sector salaries in the last two years to provide workers with clarity on how the different levels at each company correspond to compensation. Co-founders Zaheer Mohiuddin and Zuhayeer Musa say that they started the website after hearing about an internal Google salary-sharing spreadsheet from a friend who worked at the company.

“It was very much something we wanted to build for ourselves to help solve this compensation pay transparency issue, and we wanted to do that across companies,” says Musa. “These internal salaries sharing threads were pretty great, but they didn’t encompass the whole industry, different companies across different levels.”

In 2015, thousands of Google employees shared salary information with each other in a spreadsheet, according to former Google engineer Erica Baker, who was involved with the creation of the spreadsheet at the time.

This form of worker organization has become more common in the last year inside modern Microsoft.


Employees say that CEO Satya Nadella has garnered goodwill and a sense of progressive culture internally, but persistent issues like sexual harassment and discrimination have caused employees to speak out and demand change in large internal forums.

A large internal email chain earlier this year escalated to Nadella ordering an overhaul of how human resource disputes related to harassment and discrimination are handled.

Microsoft employees also began an internal movement to starve the company’s political action committee from funds, with the movement’s organizers claiming that the committee’s investments did not line up with company values.

Salary sharing is a legal form of worker organization that falls in line with a desire for greater equity and transparency around discrimination and compensation issues. And there’s really no upside for individuals to upload and share their own private salary information, other than contributing to a grander vision of pay equality.

“There is a huge altruistic component,” Musa said, of why people contribute to Levels.fyi. “I think it’s really people just seeing that there’s a need for something like this to exist.”

So many articles about technology related information Microsoft's salary leak shows a struggle for greater compensation. Hopefully can provide insight and knowledge for those of you who read and need.

Thank you for visiting and happy reading brotha...