√ Know What The Simple Psychology Behind Apple’s Fall - Kang Yusuf

Know What The Simple Psychology Behind Apple’s Fall 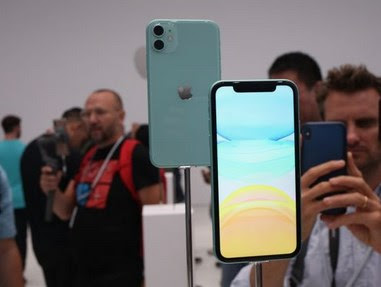 Apple has been having a hard time. In late 2018 and early 2019, the company’s share price took a massive dive in anticipation of falling iPhone sales, which the company’s most recent earnings report confirms. Know what the simple psychology behind Apple's fall. Yet prior to this point, things at Infinite Loop seemed to be going swimmingly. Just a few months ago, Apple became the world’s first trillion-dollar company and seemed poised to dominate the tech industry for decades.

Detailed analyses would reveal many contributing factors: a Chinese economic slowdown, prices that repel Chinese consumers, and increased competition with Samsung Galaxy and Google Pixel phones. Others argue that the seeds of Apple’s troubles have been germinating since Tim Cook took over.

All these may be true, but the simplest cause is clear and simple: Cook and his senior executives failed to appreciate basic human psychology.

Humans — particularly those in the market for an iPhone — have status anxiety. They want to own the latest, greatest, thinnest model, and they want their friends to feel envious. With the latest line of iPhones, Apple inflated prices but failed to deliver innovative design — meaning the pricey new models were almost indistinguishable from their predecessors. Consumers did not bite.

For the past few years, iPhone sales have been the main driver of Apple’s profits. The iPad was an overnight success and it remains profitable, but sales declined quickly as giant phones eliminated the need for a tablet. This isn’t Apple’s fault; the move to larger phones would have happened with or without them.

The Apple Watch could be described as successful in the context of the wearables market, but it has not set the wider technology market alight. There is almost nothing you can do on a smartwatch that you wouldn’t prefer to do on your phone — which you have with you virtually all the time. Mac sales continue to trundle along profitably at the premium end of the laptop market, but, as with Apple’s other products, it’s small beer compared to iPhone sales.

As a result, Apple has been forced to find ways to increase iPhone revenue in order to fuel its growth as a company.

There are two primary ways to grow its iPhone business:

First, Apple can expand the market and sell more iPhones. It could easily achieve this goal by producing less expensive iPhones (for many people, the biggest obstacle to owning an iPhone is its price). Tim Cook, however, is concerned that a cheaper iPhone would cannibalize sales of Apple’s more premium phones. Steve Jobs reportedly believed that if you don’t cannibalize your own sales, someone else will do it for you, but Cook does not appear sold on this argument. Apple made half-hearted attempts toward this end (see: the plastic iPhone 5C, which was only marginally less expensive than other iPhones).

Even die-hard Apple fans have a spending limit. If you push them too far, they will eventually abandon ship.

Second, Apple can make more money from each phone. It can design iPhones that feel increasingly “premium” and continue to hoist prices. There are obvious risks involved in this strategy. Clearly, many millions of people are prepared to pay top dollar for their smartphones, even though the market is full of excellent budget phones. But even die-hard Apple fans have a spending limit. If you push them too far, they will eventually abandon ship. Once they’ve gone, you’re not likely to get them back.

Apple pressed on, however, and produced the ultra-premium iPhone X. Cost: $1,000 and up.


At first, Apple hedged its bets. It didn’t entirely commit itself to the idea that a $1,000 starting price for an iPhone was the new norm. The iPhone X was a special tenth-anniversary product, whereas the phone marketed as a mainstream standard was the more conventionally styled and normally priced iPhone 8. Apple launched the iPhone X alongside the iPhone 8 and sat back, confident that it could easily abandon the $1,000 phone idea if it didn’t work out.

It wasn’t long before stories about allegedly poor sales of the iPhone X began to circulate. Reports suggested that orders from component suppliers had been cut. Critics were eager to suggest Apple had gone too far. Pundits waited to declare the $1,000 phone a bust.

Apple opted to keep unit sales a secret, which did not steady anyone’s nerves.

Then, when Apple finally reported revenues and profits, the news was positive. The iPhone X had sold well. Apple’s customers were incredibly loyal. The $1,000 phone was a success, it seemed, and here to stay. Everything seemed rosy. Apple’s share price rocketed upward until it achieved the vaunted trillion-dollar company valuation.

The design is so similar to its predecessor that it’s not immediately obvious you have the latest and greatest iPhone.

Apple made a major mistake in replacing the iPhone X with the very similarly styled iPhone XS, again in the premium $1000-plus price range. This was no longer a special edition. Now, this $1000-plus phone was mainstream.

At the same time, Apple introduced the iPhone XR. It’s a cheaper phone with cheaper components, but its styling is very similar to the iPhone X. At a glance, it’s difficult to tell them apart.

Consumers opted out. Sales and revenues have taken a serious hit.

The $1000-plus iPhone XS will not attract much attention or status. Its design is too similar to that of its predecessor. It’s not instantly recognizable as the “latest, greatest iPhone.” It looks too similar to one of its older, cheaper cousins or a notch-laden Android phone. Apple undermined the fundamental reason people are prepared to pay $1,000 for a smartphone in the first place: to own a recognizably new product with visibly updated features and benefits.

But Apple’s problems don’t stop there, because consumers won’t simply switch to the slightly cheaper XR. Once consumers have abandoned the idea of automatically buying the newest iPhone for novelty and status, they begin to care about value-for-money. Consequently, they have two obvious alternatives: buy an Android phone from one of Apple’s rivals or hang on to the old iPhone. Both options make perfect sense from a rational, value-for-money perspective. Suddenly, buying an also-ran iPhone XR and only saving a couple of hundred dollars doesn’t seem all that appealing.

What should Apple have done? Well, they could have introduced the XS at a lower price point, knowing most customers don’t buy the base model. The unexpectedly low price of the new phone would have convinced customers that it is a value-for-money proposition, while reassuring them that they are buying the latest and greatest iPhone.

They could have ditched the XR, which was completely unnecessary. A discounted iPhone8 would have filled the need for a cheaper iPhone. The XR, on the other hand, has only made Apple’s customers doubt their own purchasing decisions.

We don’t yet know how damaging Apple’s current difficulties will be or how long they will last. But if the company had put a little more thought into appreciating basic consumer psychology, they might not have gotten themselves into this mess. Time will tell how willing they are to learn from their mistakes.

Thanks for reading our articles about know what the simple psychology behind Apple's fall. Happy reading and always learning brothaa :-D