√ Is it Worth Upgrading to the IPhone 11? Depends What You Have Now - Kang Yusuf

Is it Worth Upgrading to the IPhone 11? Depends What You Have Now 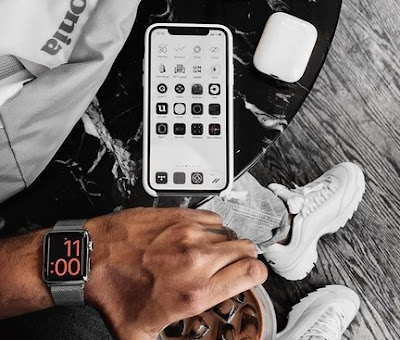 Is it worth upgrading to the iPhone 11? Depends what you have now. When Apple unleashed the original iPhone in 2007, the world changed. Fast forward 12 years and now pretty much everyone is (distractedly) walking around with a super computer in their front pocket (or more likely, glued to their hand).

But while it used to be almost expected users would upgrade to the latest and greatest model every year, recently consumers have been less dedicated, launch-day lines have shortened in length, and iPhone users are hanging on to their devices for longer.

The fervour around new launches has quietened as the devices offer further refinement rather than earth-shattering innovation, while still coming with eye-watering price tags.

Last week, the Cupertino-based tech giant announced the iPhone 11, showing off new colours and a pretty out there Pro device featuring a cluster of three cameras. The new devices also promise longer battery life and faster performance, but for the average user, it can be hard to tell whether it’s worth the A$1199 to upgrade.

The decision will likely come down to what device you have now.

When the official history of the iPhone is compiled, the 6 (2014) and 6s (2015) models will probably be marked down as the point where iPhone fever reached its peak.

The 6 was the first iPhone to jump to the 4.7-inch screen it retained all the way until 2017’s iPhone X (which is otherwise excluded from this comparison as it was technically a higher-tiered device more comparable to one of the more expensive iPhone 11 Pro models).

Meanwhile the 6s introduced a higher-resolution 12MP rear-facing camera and 5MP front-facing camera, as well as a new 128GB storage option. At the time the models were revolutionary, but years later they’re starting to get a little long in the tooth.

Users who upgrade to the iPhone 11 will notice huge improvements, with a significantly larger 6.1-inch screen size that covers the whole face of the phone (bar a small notch at the top for the phone’s speaker and front facing camera).

The iPhone 11 is bigger and heavier, but it boasts a much longer battery life, and can also recharge wirelessly. The new phone also includes an additional, smarter ultra-wide camera that can see in the dark with night mode and create stunning bokeh-filled portrait photos.

Upgrading users might miss the 3.5mm headphone jack and home button with Touch ID on the 6S, but the iPhone 11 includes a pair of headphones that connect via the Lightning port, and Face ID to unlock their phone just by looking at it.

Plus the iPhone 11 is water resistant up to 2 metres for as long as half an hour, so no more throwing it in a bag of rice if you drop it in the pool or a puddle (or as is embarrassingly common: the toilet).

A launch day buyer shows off his new iPhone 7 outside the Apple store in Brisbane.


The iPhone 7 was first to introduce water resistance, though to much shock and outrage it came at the expense of the headphone jack.

Users upgrading to the iPhone 11 will get a battery that recharges quicker and lasts longer, a bigger display with more natural colour rendition, and a base storage option of 64GB, double the 32GB entry-level storage on the iPhone 7.

If you listen to music on Bluetooth headphones (like Apple’s own Airpods), you may notice better performance with the upgrade to Bluetooth 5 (first introduced on the iPhone 8). Selfie-addicts will also get a higher-resolution camera with support for Portrait mode.

This three-year-old iPhone can still hold its own but if you’ve noticed yours slowing down or want to take advantage of the newer camera features, an upgrade could be on the cards.


The front-facing camera on the iPhone 11 also outdoes that on the iPhone 8, while adding support for FaceID. The iPhone 8 was the last model to use the top-and-bottom bezel, and the last (so far) to support TouchID.

At almost two years old, many iPhone 8 users could be coming off their plans soon, but with the rise of 36-month plans, a lot of them could also still be locked in for another year.

Cosmetic changes aside, the step-up to the iPhone 11 is unlikely to bring much noticeable difference beyond the camera changes, edge-to-edge display and some performance and battery improvements.

While the new iPhone 11 features substantial camera upgrades, including the addition of an ultra-wide lens, night mode, and a brighter flash, other improvements are incremental.

Apple claim the newer phone’s battery will last an hour longer, thanks largely to the software optimisations Apple can make by having the luxury of tailoring its iOS operating system to the components it uses in its phones.

The new phone has a more powerful processor with better AI capabilities, but other improvements are less noticeable, more mild updates. XR users will likely be best served holding on to their device until Apple releases a phone with faster 5G network capability, which is expected to happen next year.

By then, Australia’s mobile networks will hopefully have caught up as well. Is it worth upgrading to the iPhone 11? Depends what you have now.