Hot Tech, The iPhone 11 Sees Apple Facing Up To Reality 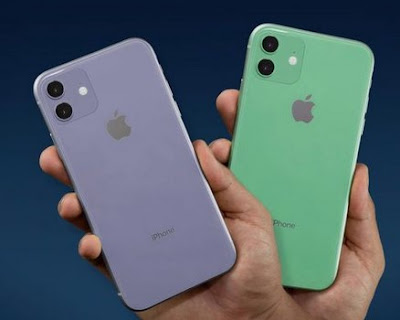 Hot techno which the iPhone 11 sees facing up to reality. Since 2017, we have witnessed Apple’s attempt to make the $1000 smartphone the new normal. Their overall plan was a bold one, but at first they were hedging their bets: They unveiled the $999 iPhone X, but only as a special edition phone, alongside the mainstream $699 iPhone 8.

If people decried the iPhone X’s high price, Apple could deflect accusations of greed by emphasising that the X was merely a special edition, intended as a showcase for future technologies. The standard iPhone was the iPhone 8 — and that cost only slightly more than the iPhone 7 did when it was launched a year earlier.

And if the $999 iPhone X failed to sell well, they could easily save face by suggesting that it had only ever been intended as a special edition phone to celebrate the iPhone’s tenth anniversary and had never been intended to sell particularly well.

But Apple knew what they were really up to, of course. And the first stage of their plan was going well, because the iPhone X, with its distinctive (at the time) ‘all-screen with a notch’ design, sold very well. And Apple could use this fact to counter the accusations of greed that were still floating around. It was their customers, not them, who had chosen to make the $1000 phone the new normal.

So when Apple released the $999+ iPhone XS as their new mainstream iPhone, they weren’t being greedy. Oh no, no, no! Perish the thought! An ultra-premium iPhone was what their loyal customers wanted. And Apple was merely acceding to their demands.

But this is where Apple’s plans began seriously to flounder.

But the XR gave customers a chance to send Apple a message that threw their plans into disarray. The XR outsold the XS by such a margin that the message could not be disputed. “No,” said Apple’s customers, “$1000 is simply too much. The XS may be good, but it’s not that good.”

People no longer felt they needed the best and most capable smartphone. Even premium smartphones, after all, were no longer attracting other people’s attention the way they used to. Having the latest smartphone — even a $1000 smartphone — no longer made you the centre of attention in the office.

And given such circumstances, many millions of people decided that a ‘good enough’ phone at $749 was indeed good enough after all. And Apple, it seems, has listened.

The iPhone 11 is Apple’s new mainstream smartphone. It will easily outsell the 11 Pro and Pro Max versions. And it costs $699, not $999. Apple’s push to make $1000 smartphones the new normal has failed. And to their credit, they’ve recognised this fact and adapted to it.

Almost no-one actually needs a $1000 smartphone. And whilst many people will irrationally pay more for a smartphone than perhaps they ought to pay, there are, thankfully, limits to their irrationality. People can buy a no-doubt excellent new phone for $699 — and then think of something much more positive to do with the $300 they’ve saved themselves.

$1000 is not the new normal for a smartphone. Apple and others tried to make it normal, but their own customers rejected those attempts. Some degree of sanity has becalmed the smartphone market.
$1000+ ultra-premium smartphones aren’t going away, but they’re not taking over — not yet, at least. Smartphone design has stagnated to some extent.

When smartphones are already super-thin and almost all-screen, what else can you do? There are exciting, radical possibilities — as demonstrated by the Samsung Galaxy Fold. But that’s a bumpy path to take and such innovations may be made through niche products, rather than by updating mainstream big-sellers. For most of us, a more modestly priced smartphone is all we really need, or especially want.

Thanks for reading our articles about hot techno which the iPhone 11 sees facing up to reality. Happy reading and see you agains Brotha ;-D