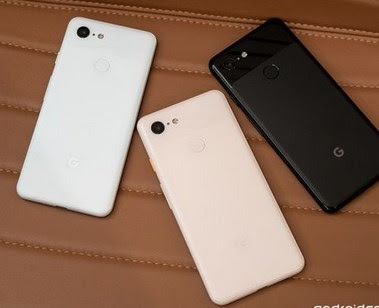 In a direct shot at competitors like Apple, Google has bucked the trend of soaring smartphone prices and unveiled a high-performance Pixel device that won’t break the bank. Google unveils affordable Pixel smartphone aimed at the middle of the market.

The company’s new handset is aimed at the middle of the market, as the tech giant continues its wide-ranging effort to generate excitement for its hardware products as it touts new software and privacy efforts.

The Pixel 3a phone, which includes many of the artificial intelligence features of its flagship devices, was unveiled at Google’s annual I/O developers conference near its headquarters in the Silicon Valley city of Mountain View on Tuesday.

Google has released a cheaper, cut-down version of its flagship phone called the Pixel 3a.


Google has released a cheaper, cut-down version of its flagship phone called the Pixel 3a. Google SVP of devices and services Rick Osterloh announces the new Google Pixel 3a during the keynote address at the 2019 Google I/O conference at Shoreline Amphitheatre. Picture: Justin Sullivan

Google SVP of devices and services Rick Osterloh announces the new Google Pixel 3a during the keynote address at the 2019 Google I/O conference at Shoreline Amphitheatre. “There has been a troubling trend of high-end phones getting more expensive,” Google head of hardware Rick Osterloh told the audience.

“So, we challenged ourselves to deliver a high-end experience in a new Pixel 3a starting at $399 (for the US market).”

The price is about half that of latest generation premium smartphones. But the Pixel 3a still had an intelligent camera, digital assistant and other features found in top-end handsets, Mr Osterloh said.

Google brought out the original Pixel smartphone in October 2016. Its second generation Pixel 2 and Pixel 2XL were contracted out to HTC and LG for the hardware, but Google took more control over the manufacturing of the Pixel 3.

The company’s premium Pixel phones have been known for their high-quality camera and great software with the acquisition of the smartphone division of Taiwan-based HTC last year.

Similar to its more expensive devices — which despite positive reviews have failed to gain much market share — Google hopes to excite customers with its camera technology and sleek artificial intelligence designed to help carry out tasks.

“Google Pixel 3a delivers what you’d expect from a premium device. Known for its award-winning camera, Pixel 3a lets you take stunning photos with features such as portrait mode and HDR+, or use Night Sight to capture shots in the dark,”

Google said in an Australian blog post about the new phone.

Google’s expertise is software, so getting features like artificial intelligence to work on less-costly smartphones plays into the internet giant’s strength. Enabling artificial intelligence to handle sophisticated features on smartphone meant less user data needs to be shared with online data centres to handle tasks, Google chief executive Sundar Pichai said while discussing steps being taken to strengthen privacy and security of users.

“We always want to do more for users but do it with less data over time,” Mr Pichai said. Google CEO Sundar Pichai speaks during the Google I/O 2019 keynote session at Shoreline Amphitheatre in Mountain View, California.

Tech companies are increasingly looking for ways to push customers towards their services, and this cheaper Pixel version is no different. Eligible Australian customers who activate a Pixel 3a or Pixel 3a XL by September 30 can get a free three-month trial of YouTube Music Premium.

The new Pixel is available today through Vodafone and can be found at JB HiFi, Harvey Norman, Officeworks and the online Google Store.

— with AFP  Google unveils affordable Pixel smartphone aimed at the middle of the market.