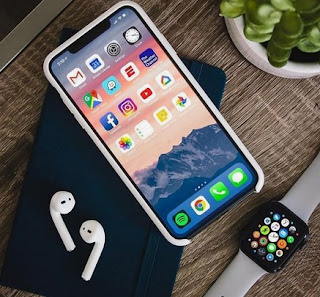 Google on 23 sep 2019, announced the launch of a new gaming service called Google Play Pass, which gives Android users access to more than 350 games and apps for $4.99 per month, similar to Apple Arcade.

Google's version, like Apple Arcade, provides games to customers without in-app purchases and without ads. There is a family sharing option, and a Play Pass subscription can be shared with up to five family members.

Google's service is not limited to just games, and it includes titles that are already released, such as Stardew Valley, Terraria, Monument Valley, Knights of the Old Republic, Facetune, and AccuWeather. Google's offerings are also not exclusive, which is one of the key features of Apple Arcade.

With Apple Arcade, all of the game titles are only on the App Store when it comes to mobile devices, but some are also developed for release on console. Apple Arcade is also limited to new content and doesn't include popular older apps like Play Pass.

Given that Google is using existing games in Play Pass, it has a larger catalog of available titles at launch - hundreds, compared to Apple's 60+. Google says customers can count on new titles monthly, which is something Apple has also promised.

According to The Verge, Google plans to pay developers through user engagement with the apps, though it's not entirely clear what that means at this time. Google said that it's more than just screen time or number of app opens per week.

Google has been working on the Play Pass service since 2018, and began testing it out at the end of July. Play Pass is available for Android devices in the United States this week, and will be expanding to additional countries soon. It comes with a 10-day free trial and after that, a subscription costs $4.99 per month, just like Apple Arcade.

Google is offering a promo, though, which will allow subscribers to sign up for $1.99 per month for the first year for a limited time. Play Pass content can be accessed through the new Play Pass option that you can get to by tapping the menu in the top left corner of the Play Store.

Apple on 23 sep 2019, announced that its next-generation Mac Pro will be manufactured in Texas, with production slated to begin soon at the same Austin facility where the current Mac Pro has been made since 2013.

Apple did not immediately respond when we asked if the new Mac Pro will be made in Texas for orders distributed in other countries.


The Mac Pro is Apple's most powerful computer ever and we're proud to be building it in Austin. We thank the administration for their support enabling this opportunity. We believe deeply in the power of American innovation. That's why every Apple product is designed and engineered in the US, and made up of parts from 36 states, supporting 450,000 jobs with US suppliers, and we're going to continue growing here.


Apple's latest investment is a testament to Texas' unrivaled workforce and premier business climate. Our state's economy is thriving as the tech and manufacturing sectors continue to expand. I am grateful for Apple's commitment to creating jobs in Texas, and will continue to promote fiscal and regulatory policies that encourage investment in our state and benefit future generations of Texans.

Apple says it remains on track to fulfill its commitment to invest $350 billion in the U.S. economy by 2023. Apple said that, last year alone, it spent over $60 billion with more than 9,000 domestic suppliers across the country, including at manufacturing locations spanning 36 states.

Note: Due to the political nature of the discussion regarding this topic, the discussion thread is located in our Politics, Religion, Social Issues forum. All forum members and site visitors are welcome to read and follow the thread, but posting is limited to forum members with at least 100 posts.