√ End of iTunes and New Operating Systems, What Apple Changes Mean for You ! - Kang Yusuf

End of iTunes and New Operating Systems, What Apple Changes Mean for You ! 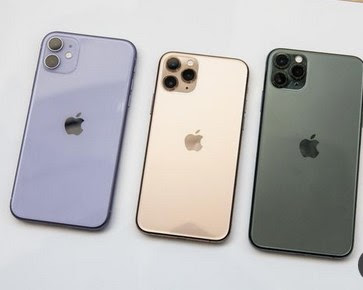 Apple has killed off iTunes, introduced an all new operating system for the iPad and revealed the most powerful Mac in the company’s history. End of iTunes and new operating systems, What Apple changes mean for you. Included in the updates announced at the Apple Worldwide Developers Conference in San Jose, are iOS13 for the iPhone, watchOS 6 for Apple Watch, iPadOS for the iPad,

which is now separate to the previous IOS it shared with the iPhone, along with the new macOS Catalina that will no longer include iTunes.

On the hardware side, there was only one announcement and it was a pretty big one — the Mac Pro — the most powerful system Apple has ever built and aimed to meet the demands of creative professionals. Apple CEO Tim Cook announcing big changes to Apple devices.


What you won’t find on the brand-new macOS Catalina operating system is iTunes. The beloved app introduced back in 2001 is no more. Instead it has been replaced by three separate and dedicated apps — Apple Music, Apple TV and Apple Podcasts.

Each is designed to cater for the most popular categories that were featured in iTunes. And Apple assures customers that everything they had in their iTunes library is now accessible in each of the new apps.

And iCloud still works in the background to synch all content across devices. Apple has also improved the Mac’s versatility and the way it can work with other. devices including the iPad with a new feature called Sidecar.

This allows users to set up their iPads as a second display for their Mac and extend their screen real estate. Users can also choose to mirror their Mac screen on the iPad to easily share what they’re doing with others. Sidecar also lends itself to allow the use of Apple Pencil with the Mac it is mirroring to annotate documents, mark-up screenshots and PDFs as well as drawing and sketching.

Another significant new feature is macOS Catalina’s voice control so users with physical disabilities can still access the power and versatility of their Mac just by using their voice.

It will now be possible to open files, scroll web pages and documents, open and compose emails, add links and much more simply by using your voice. And these capabilities will also be rolled out for iPadOS and iOS devices as well so they too can have complete voice control.


Using your iPhone will be a lot easier on your eyes thanks to the new Dark Mode that will be part of iOS 13. Every element on the screen will adapt to be easier to view at night or in the dark.There are also some new features around privacy.

Maps has also had a huge overhaul and now features a more immersive 3D view. Using its own collected land and aerial data, Apple has managed to provide even more detail about the world around us.

It has also created its own version of Google’s Street View. The new 3D view gives users a smooth and almost movie-like experience moving through the streets to get a clearer view of the surroundings.

Apple says it will have completed scans of US cities by the end of 2019 and will move on to other countries by 2020.


The iPad now has its own operating system so developers can produce apps designed for a larger display than the iPhone.

With the iPad being used more like a laptop than a tablet, developers can now customise their creations to support unique multi-tasking features like split view. The iPad is going to behave more like a computer.

The iPad is going to behave more like a computer.

The iPad can now behave more like a computer with an all-new file structure that has the ability to access USB drives and memory cards. Editing text and documents also became a lot easier with easier text selection and manipulation using multi-touch.

Now a user can select a text block by swiping over it, pinching to copy and three-finger spread to paste. Developers will now also be able to incorporate Apple Pencil usage in their apps thanks to the introduction of Pencil Kit.

Within these third party apps, users will be able to use Apple Pencil to mark up content, screenshots and documents.


In watchOS6, Apple Watch will have its own app store with the device being able to be used in more ways independently of the iPhone. Users will be able to now search and install apps directly to the Apple Watch without having to install the same app on your iPhone.

Also on-board will be streaming API so users can stream their audio content like music, audio books and podcasts directly to Apple Watch. Apple Watch is also a popular health and fitness device and the new Trends feature monitors steps, exercise and standing along with walking and running speed.

Apple Watch will also literally keep an ear out for your hearing health to detect loud environments and notify the users with an alert on their wrist. Female users will now be able enjoy an important new feature — cycle tracking to monitor their menstrual cycle to visualise your cycle and other aspects of fertility.

But Cycle tracking is not limited to the Apple Watch — it will also be available with the Health app on iPhone as well.

There will also be numerous new watch faces for Apple Watch and new Taptic Chimes feature that will give users a vibration and/or audio notifications at the top of the hour.


Apple TV will now have multi-user support with the new tvOS update so everyone in your family has a profile with personalised recommendations through an all new control centre.

Users can also enjoy Apple Music videos on Apple TV with the new tvOS and even turns the device into a karaoke by displaying the lyrics in synch with the song. End of iTunes and new operating systems, What Apple changes mean for you. Gaming has also been significantly upgraded within tvOS so now the Apple TV can be paired wirelessly with the Xbox and PlayStation controllers for gaming.

There are also brand-new underwater screen savers sourced from the BBC Natural History unit. Not everyone is a fan of the design of the new Mac Pro. Picture: Brittany Hosea-Small / AFP)

Not everyone is a fan of the design of the new Mac Pro.  Apple has launched its most powerful desktop computer of all time with the new Mac Pro which will have a 28 core Intel Xeon processor with 300W power and six memory channels which can handle up to 1.5TB of system memory.

It is a modular system which can be expanded and upgraded as the user sees fit. The user Apple has in mind for this product is a creative professional like film editors, special effects artists and photographers that need to move and edit large amounts of data.

Apple showed off the power of the Mac Pro in an audio demonstration where they played 1000 tracks on the Logic Pro X application — something that usually needed two high-powered computers to complete.

The writer travelled to San Jose as a guest of Apple. End of iTunes and new operating systems, What Apple changes mean for you.