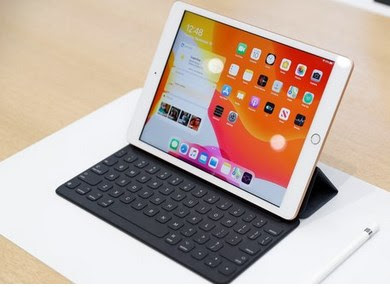 SAN FRANCISCO : The recently launched entry-level iPad with a 10.2-inch display which became available for pre-order on September 10 is now all set to start shipping out on Wednesday. Apple's new 10.2-inch iPad starts shipping.

"The new seventh-generation iPad starts shipping on Wednesday and will arrive in stores beginning later this week. Starting at just $329, the new iPad brings more screen area and support for the full-sized Smart Keyboard as well as a new iPad experience with iPadOS," the company wrote in a blog on Tuesday.

Apple originally said that the new iPad would be in stores on September 30.

Apple's new iPad comes with a 10.2-inch Retina Display and is powered by the A10 Fusion chipset. It ships with iPadOS that brings a redesigned Home Screen, updated Split View and the ability to switch between multiple apps.

It comes with an 8MP rear camera and 1.2MP front-facing camera with all the standard iPad recording.

This story has been published from a wire agency feed without modifications to the text. Only the headline has been changed.