√ Apple iPhone is The Center of World Evolution - Kang Yusuf

Apple iPhone is The Center of World Evolution 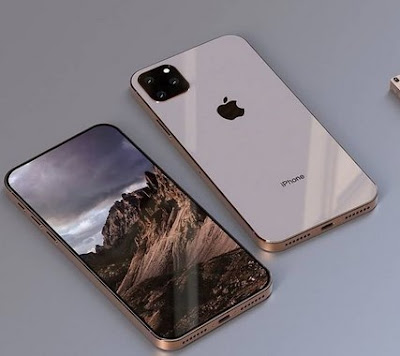 Wow Apple iPhone is the center of world evolution. Did you enjoy the iPhone launch event? Or did you perhaps feel that it was kinda more of the same — a story we’ve heard before about faster processors, better (and now more!) cameras, smarter things, new colors, and fresh software (apparently hurried along by threatened Trump tariffs).

Certainly, almost every year you can find someone saying that this year the iPhone announcement was boring for some reason or another. Apple didn’t introduce the oft-rumored augmented reality (AR) glasses; it isn’t using different materials, like carbon fiber; it doesn’t have a holographic display like Star Trek: Enterprise.

But that’s not my point. If we’re being honest, smartphone launches haven’t been interesting since about 2014, when Apple introduced the larger screens on the iPhone 6 and finally started competing properly with all the larger-screened Android rivals. That led to a huge bump in iPhone sales, which has never quite been repeated but did effectively kill off all the high-priced Android rivals, except for Samsung.

Apple iPhone is The Center of World Evolution

The reality is there’s little to say about new smartphones because there’s little for manufacturers to do with new smartphones, a fact that reviewers struggle with each time they’re called on to deploy their skills. The new screens are great, the benchmarks are better, the cameras are better in the dark, the battery life is a little better, urrr… is that 900 words yet? No surprise, therefore, that people in the United States now keep the same smartphone for an average of nearly three years.

The original iPhone in 2007 was the equivalent of Apollo 11: an accomplishment so audacious, so apparently impossible and yet so successful that it changed how we thought about phones forever. The capacitative touchscreen with its gestures was a revelation, though it took Steve Jobs to persuade people who had been used to mobile phones with a five-day battery life to accept one that lasted just a day. That’s the audacity you need to pull off a moon landing.

The new screens are great, the benchmarks are better, the cameras are better in the dark, the battery life is a little better, urrr… is that 900 words yet?

But just as you’d struggle to discern the key differences between Apollo 12 and 15, can you really think of any essential difference between the iPhone 7, the iPhone 8, and the iPhone XR? Or the Samsung Galaxy S7 and S10? They all merge into one splodge of slides and graphs that ramp upward. Likewise, besides Apollo 11, the only other Apollo mission people really remember is 13, where a midflight explosion forced a dramatic recall and abandonment of the original flight plan. (I guess the Samsung Galaxy Note 7, which had to be recalled after a number of them burst into flames, takes that role.)

We’re in a period of tech stasis. We’re stuck. In tech terms, we’ve gone to the moon, but now we just keep going back. More cameras? Golf clubs on the moon. Faster processors? A car on the moon.

It’s the same dead end that the original mobile phone, PCs, and even game consoles have run into. Once the basic form was there, everything else was essentially tweaking: faster circuits, bigger and more colorful screens. But nothing much was different.

Sure, there are incremental improvements all over. Since 2007, we’ve moved from spinning hard drives to solid-state. Anyone who wants one and has a $100 to spare has a tablet. There are finally smartwatches that can’t be seen from space, and wireless headphones and earbuds account for one in five sales and substantially more sales revenue. Smart speakers sell by the multimillion; internet-connected cameras watch us everywhere.

Yet tech companies are only tinkering around with things we already have. Siri appeared in 2011, Google Voice Search in 2012, Alexa in 2014, Google Assistant in 2016. I think those technologies are a bit like what came after Apollo: space stations. Lots of space stations!

However, plenty of people get along fine without a smartwatch, tablet, wireless headphones, smart speaker, or internet-linked camera. But they won’t thank you for taking away their smartphone. In the same way, Apollo is historic, but Mir is a footnote.

How do we get out of this tech stasis? Unfortunately, we can’t.

Think of it in terms of another phenomenon: evolution. Many evolutionary biologists think species evolve not at a slow, gradual pace, but in spurts followed by long periods of little change. This so-called punctuated equilibrium makes sense in the context of evolution: If there’s no selection pressure for change, then organisms won’t substantially change. It’s only when there’s a serious selection pressure (say, a huge meteor strike) or a huge opportunity (the atmosphere fills with oxygen) that organisms change to take advantage of it. The driver is external to the organisms, though. In this context, it means smartphones can’t become something beyond smartphones.

So, tech stasis is here. We have to wait for some outside pressure—or, more likely, opportunity—to drive the next generation of change. Most likely it will be through battery improvements, or it might be something unexpected, like a room-temperature superconductor (graphene-based?). That’ll set off a whole explosion of new possibilities.

But for now, you’ll just have to content yourself with better screens, cameras, and battery life. And come on, an always-on Apple Watch display is quite cool, isn’t it? Maybe the AR glasses are coming next year. Just keep watching for the technology change. And ignore the stasis.

Thank for reading our articles technology above Apple iPhone is the center of world evolution. Happy reading brotha...