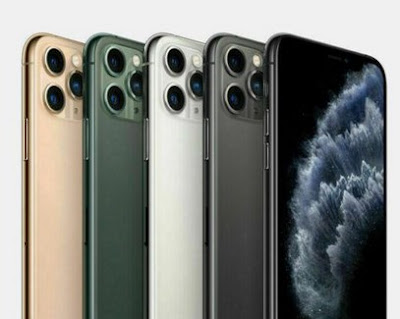 Apple iPhone 11 Pro Max review: Making iPhones great again. Over the past few years, when reviewers like us argued about iPhones falling behind Android devices, we were primarily talking about the camera. Let’s face it, iPhones were never slow, they never had displays that would qualify as poor, and depending on your usage the app ecosystem on iOS is arguably better than that on Android.

But, with the advancements companies like Huawei, Google and Samsung made on the camera front, Apple fell behind. Over the past year, our primary phone was an iPhone XS, which we used for everything except clicking photos. Because the Google Pixel 3 was just miles ahead in that aspect.

Well, in 2019, Apple’s back. The company held its lead over Android cameras for ages. In fact, long ago when Android phone makers boosted camera resolutions, Apple stuck to an 8MP resolution but iPhones shot better photos than any Android phone. Apple’s not quite back there, but it’s ready to be counted amongst the best smartphone cameras today, equal (at the very least) to any Pixel or Huawei phone and better than any Samsung smartphone.

The new Night Mode is arguably the best night mode you can find today.

The treatment of shadows, light and colour tones here is nothing short of fantastic. Yes, many phones have night modes, but the images the iPhone 11 Pro Max (or 11 Pro) produce are not just about brightness, they look great, feel professional and are easy to click. Really, you don’t even have to swipe over to a Night Mode in the camera app, it does it by itself depending on ambient light.

Of course, the camera also clicks excellent photos in other light conditions. We haven’t yet found a light where the iPhone 11 Pro/Max truly fail to take nice photos. And it’s not just bright photos, the level of detail and treatment of colour have also improved. They’re not quite natural, but Apple treads that fine line between pleasant oversaturation and unnatural.

On the other hand, 2019’s “Pro" models don’t quite qualify as Pro devices like the company’s Macbooks or iPads, but given Apple’s reach in the creator and pro community, we’d suspect the nomenclature does make a difference.

The real pro element here is when you use the cameras to shoot videos. As creators themselves have told us, Apple’s app ecosystem for film-making etc. is ahead of Android’s. In addition, the company allows tiny features like shooting videos with all three cameras at the same time, excellent video stabilisation and more. Regular users don’t need any of these features, but as a film-maker friend explained, for those who know the ins and outs of film-making, these features can make a huge difference.

The cameras are also complemented by excellent battery life. Excellent, but not class-leading. The iPhone 11 and 11 Pro will get your through a work day, while the 11 Pro Max will last you a tad more. But there are phones that can do better.

So, here’s the bottomline. The iPhone 11 Pro series have better cameras than a Samsung phone, better performance and battery life than a Pixel phone, and...well, let’s let Huawei deal with its trade-ban issues first. Are they the best phones on the market today? They probably are, except that the market is no longer about the “best" phones.

This year’s iPhones are worth buying if you can afford them. And unlike yesteryears, you will make next to no compromise on these devices.